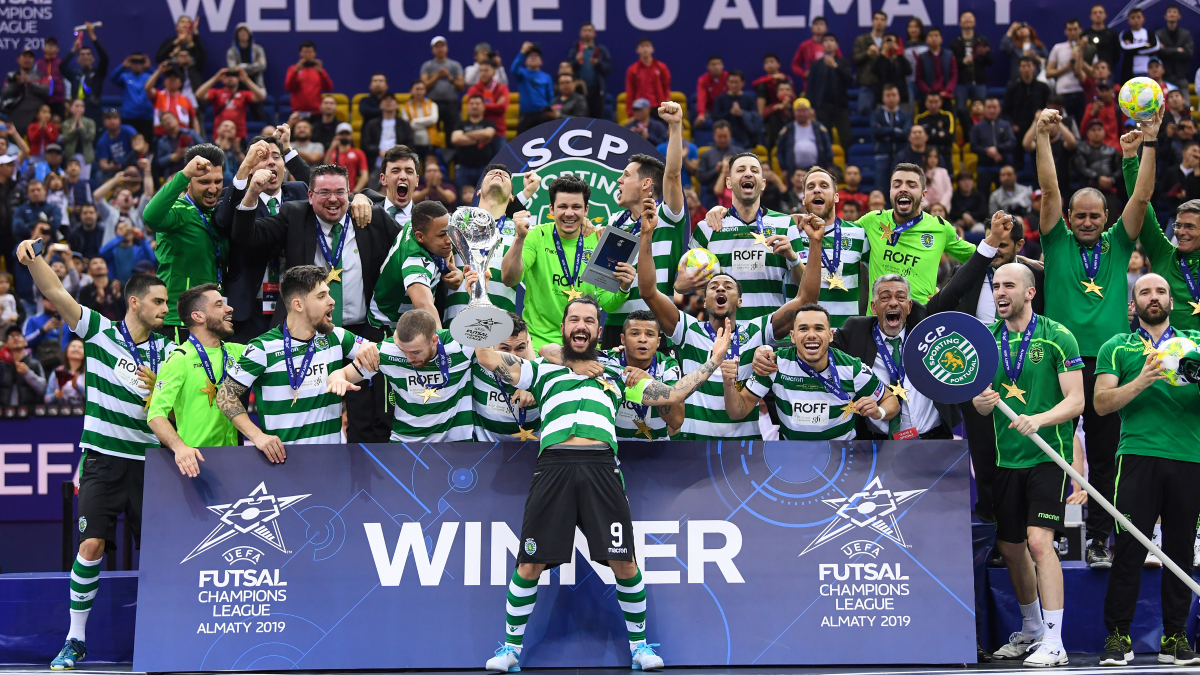 Sporting is European champion in futsal. The "Lions" won 2-1 against Kairat, who were undefeated until this final. After losing three finals (in 2011, 2017 and 2018), Sporting, with goals from Cavinato and Merlim, won the first European title in futsal in a game in which it was always more dangerous.

Players and coaches celebrate the first European title of Sporting in futsal, with coach Nuno Dias not to stand the tears.

We want to congratulate the coach of the Portuguese team, Nuno Dias!

We are very proud!

Sign up for our newsletter and receive all the news